The fabric of society: 3. Individuals relate to culture through society

[Article 3 of 14: The previous article examined why individuals create society.]

Culture and society are different. Cultures form on top of society. Cultures are like the pile of a carpet, varying in color, shape, texture, length, thickness, and material, while society is like the warp and weft threads beneath the pile that hold the carpet together. 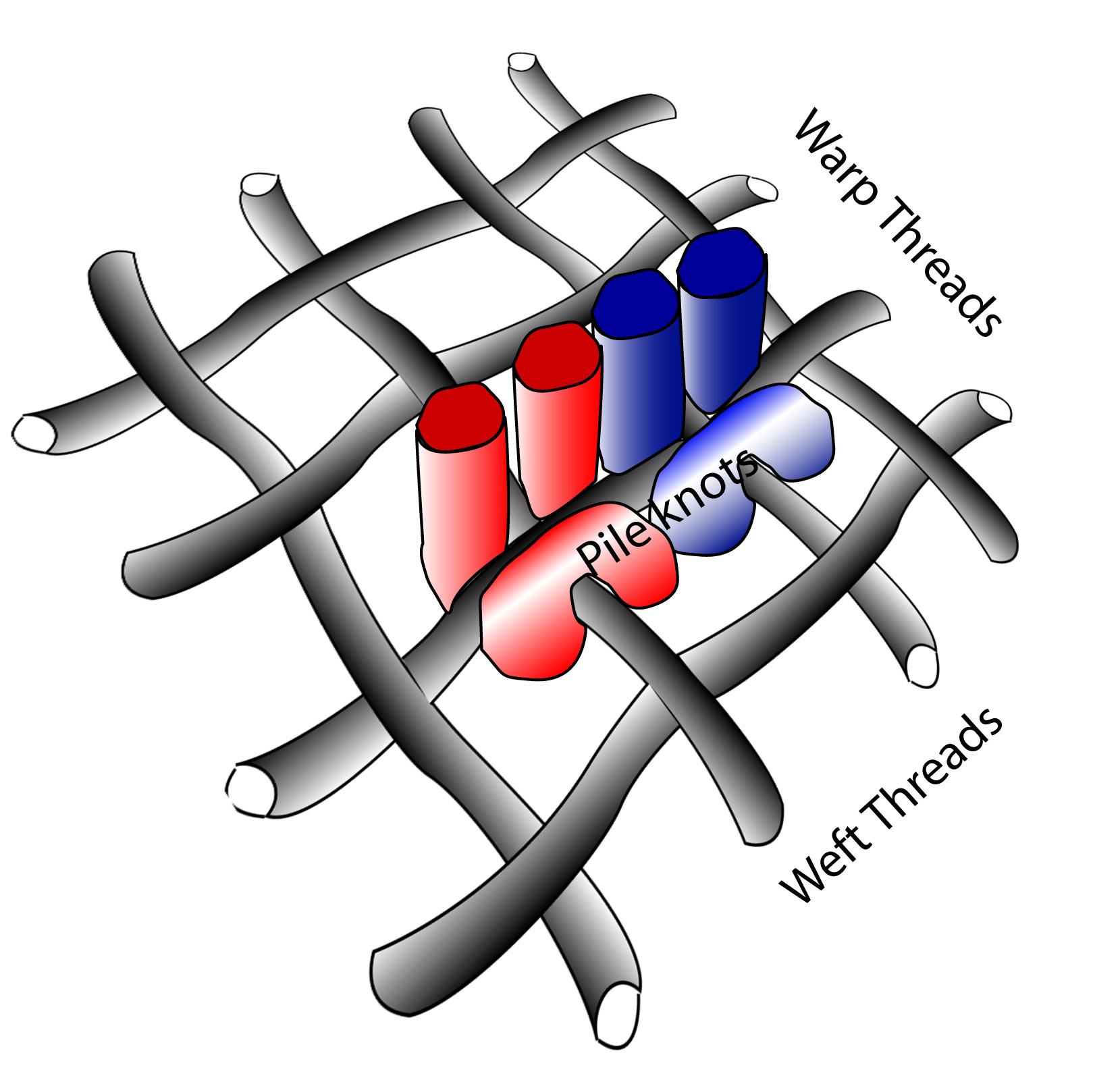 WARP AND WEFT—Cultures are like carpet pile that differs in color, material, height, and pattern, while society is the warp and weft that holds cultures together.

Without the warp and weft threads supporting the carpet, all that exists is a pile of pile. Nothing else holds the carpet together.

Students validate for themselves that humility and reciprocity are the warp and weft threads. They discover individually why the threads are worth defending. Absent society’s supporting threads citizens risk either serfdom or slavery.

Ethical bases are challenged today. Many don’t understand why one should be decent. Understanding the minimum requirements for society addresses why one should do this or why one should believe that. When interacting with others who do not share a culture’s background and beliefs, culture alone offers no such framework for interaction.

Individuals create ethics. Good reasons for being decent and honorable are deduced from personal experience. There is nothing more to ethics than that individuals matter. Morality springs from the minimum behavior required for society. Morality—ethical behavior—is derived from:

The mechanism is kept honest by conversation with other individuals in society.

Ethical behavior and morality need not be rooted in religion or natural law. The foundations of religion and what cultures call eternal truths operate on top of the framework of society.

Among the things that distinguish humanity from others of the plant and animal kingdom are the skill to communicate complex ideas to each other and the potential to project the consequences of plans for the future. That leads to ethics. Those without such skills revert to the rules that nature requires and nothing more. Be human or be no more than an animal. The choice is individual.

Morality is purely a creation of thought. A seal that snips off the fins of a fish, leaving it a terrified, living, helpless toy to be batted around until boredom and hunger make it lunch, has no conception of good and evil. Good and evil don’t exist in the world of seals and fish outside the framework of morality. Life is simply the way things are.

People don’t sign up as if morality were a contract. An individual does not so much explicitly subscribe to protection under the moral umbrella as reject it by an explicit anti-social act. An anti-social act as simple as lying or heinous as murder act opens oneself to any response in the arsenal of the laws of nature we may choose to use. The perpetrator has chosen the battlefield, not us.

We, in turn, are subject to the laws of nature in our response. We need not reply using the standard of the moral umbrella the offender has rejected, although we may choose to do so. Astute pacifists and generals know war is a nasty place to be and should be avoided, if possible. But those of us who understand morality can defend by any means necessary. And one might survive or both might die. Nature does not care.

Not everyone will be convinced. No compelling reason in the laws of nature or mankind will irrefutably justify morality to any and all men.

One who chooses to act by the laws of the lion need not even consent to listen to the arguments in favor of morality. He need not choose to heed anything but that which compels itself to be heard by the laws of nature, if even that.

People cannot be forced to join together under the protection of a moral umbrella. We can only encourage them because long–term security depends upon it.

In early 2021, with 46 years in the business, I retired as publisher of the Rome (NY) Daily Sentinel

After five generations of family ownership, despite an unsettled economy, we keep on. We understand that although we may own the newspaper, we hold it in stewardship for the community.

Across my career, so many other small newspapers were purchased by media chains, large newspapers sold their integrity, and broadcast news outfits fell back on superficial entertainment.

They put journalism in this country at risk. The best antidote is for individual readers to arm themselves to recognize the danger to their community, culture, and society itself.